Took awhile, but there’s another just as minimal as the first.

Another fake Criterion, woo. The film is absolutely fantastic, despite what Adam Casey will say about my heavy breathing. I wasn’t bored, I was just a bit tired.

The gun is a .44 calibre nickel-finished Smith & Wesson, the same type of gun that shot and killed James. The actual gun itself was auctioned roughly five years ago and it sold for $350,000. American’s and their outlaws.

Lastly, with the type I wanted to signify the break in the title while still having it be read as one line. Also, I purposely wanted to give less importance to Robert Ford as the title places James on a pedestal while clearly not doing the same for Ford. Plus, I used a serif typeface! It actually is possible. 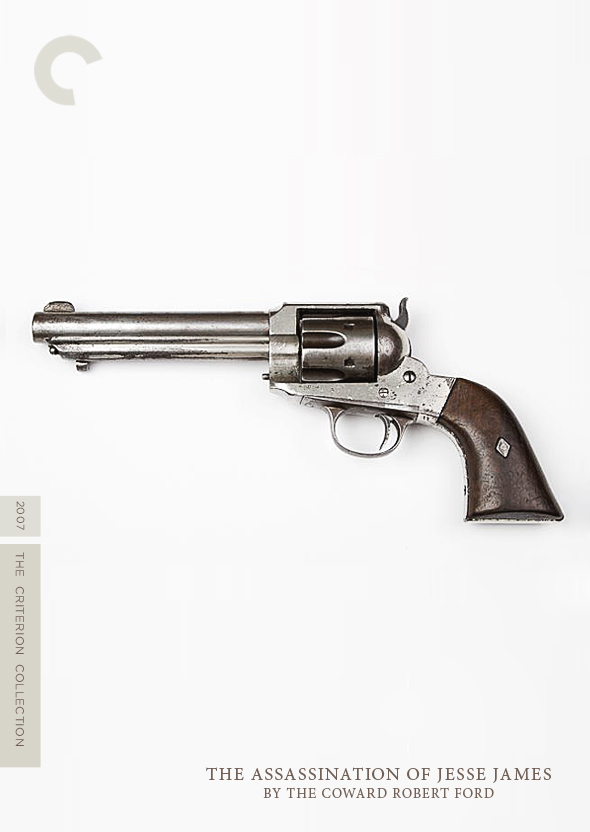