So, a few years ago or so I did one of my favorite pieces ever, and it’s just as much about the memory it holds as it is the visuals itself. It was a Statistics poster that was done for a show that didn’t even exist. It was the first project I finished after I officially quit school. Each time I look at it, I recall making the numbers the day after I decided to quit. I think back how when I was finished, I realized that perhaps I could do this. ‘This’ being succeed using a different plan than I thought of for years.

So randomly tonight I felt like revisiting it. Why not. It’s not really “new work” as it’s just old work with a twist on it and it’s not great work, but I still like it. Some actual “new work” is being, well, worked on.

However, for now, Statistics Revisited will stand in. 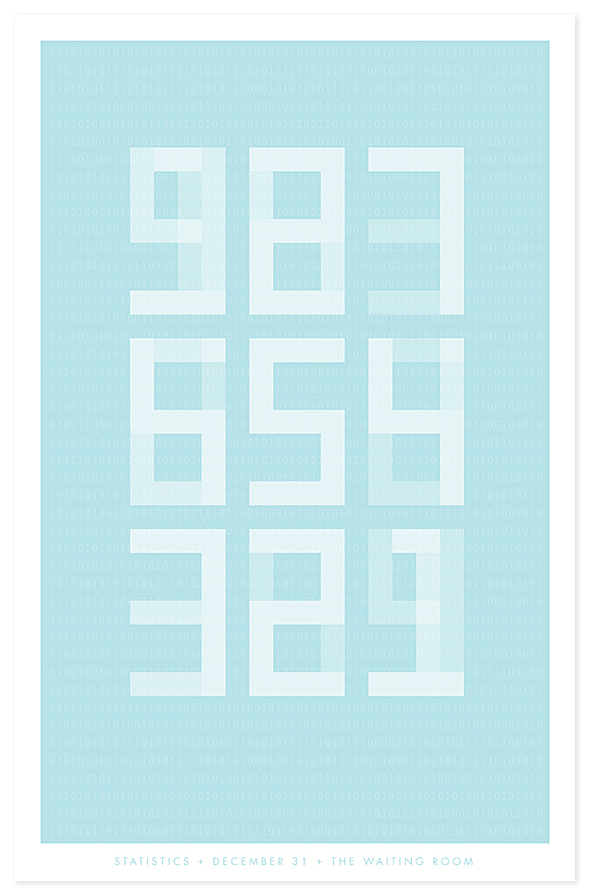